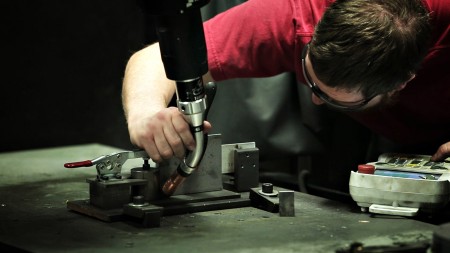 Manufacturers breathed a sigh of relief when robotics improved to the point where they could be included on the shop floor. However, it wasn’t long ago that without an experienced robot programmer on the team, smaller shops didn’t have the resources to program robots to execute welds. Even if a small shop had an experienced robot programmer on the team, the outcome wouldn’t be worth the investment.

The best results for utilizing robots in the welding environment were found with big companies that produced large quantities of products manufactured with highly repetitive welding steps. These organizations had the budget to purchase the robots and also had one or more full-time programmers on board to finesse the hardware and software so they ran smoothly and efficiently. Smaller, lower-volume operations didn’t see the value in adopting robotic technology because programming the robot to do the welds took as much time as manually welding the products.

Glen Ford, product marketing manager at Motoman, says that surveys of potential robotic technology users gave the company insights into concerns within the industry, especially with regard to the number of qualified programmers in the field.

“While specialized training could address part of the issue,” Ford says, “the need to quickly change jobs for short runs or small batches still needed to be addressed.”

Kinetiq Teaching simplifies the programming of industrial robots to do welding so that the need for special training and skills is greatly reduced. Furthermore, the technology provides an intuitive teaching motion that is faster than traditional robot programming methods.

Ford notes the American Welding Society’s statistic that says 40 percent of manufacturing companies have declined new contracts due to insufficient availability of skilled workers – another reason why Kinetiq Teaching is so valuable to companies of all sizes today.

“This shortage of skilled workers, and programmers especially,” Ford says, “drove the interface design so that benefits could be realized by both novice and expert users.”

As the slightly customized name would imply, Kinetiq Teaching involves manipulating the robot’s movements by hand to the appropriate points where welds need to be made. The location of these points is automatically entered into the system with the touch of an icon on a handheld interface, thereby kinetically “teaching” the system to go where the robotic arm was moved by hand to the correct points. This simplifies the process through which the robot is “taught” the steps required in repetitive welding scenarios, thus reducing the time it takes to set up the welding steps.

“We have seen Kinetiq Teaching programming setup times that are 20 to 50 percent faster than traditional manual programming method times,” Ford says. “With just a few hours of training and use, operators begin to reduce their programming times. One recent training session saw a new user reduce the programming time by 6 percent on the first job and by the third job had reduced it by 41 percent.”

Utilizing software and a touch-screen interface, the cumbersome task of programming is now as simple as moving the robotic arm to the correct position and touching icons on the screen. Once the points are recorded, the welder looks over the trajectory of the movements and makes modifications if needed.

With Kinetiq Teaching, there is no need to be proficient in algorithms and robot programming language to control the robotic movements. A user-friendly touch-screen menu is now all that stands between robotic welding and the welder. There is also no need for the operator to understand the concepts of linear or circular interpolation because the software behind the technology automatically reduces the number of programmed points for the most appropriate and efficient trajectory.

Most vendors create their own language to control their robots. Motoman is no different, yet regardless of what language a programmer speaks, anyone with welding knowledge can utilize Kinetiq Teaching. Motoman’s language is called Inform, and it can be edited manually, which gives users access to all the features available in the Yaskawa controllers. Furthermore, saved programs can be edited or modified with Kinetiq Teaching.

Operators using Kinetiq Teaching are able to save between 20 and 50 percent on robot programming time, which offers an excellent return on investment, even for smaller shops with low-volume production.

“Complexity of the job to be programmed does contribute to the level of improvement,” Ford notes, “but both novice and expert programmers can achieve significant savings.” 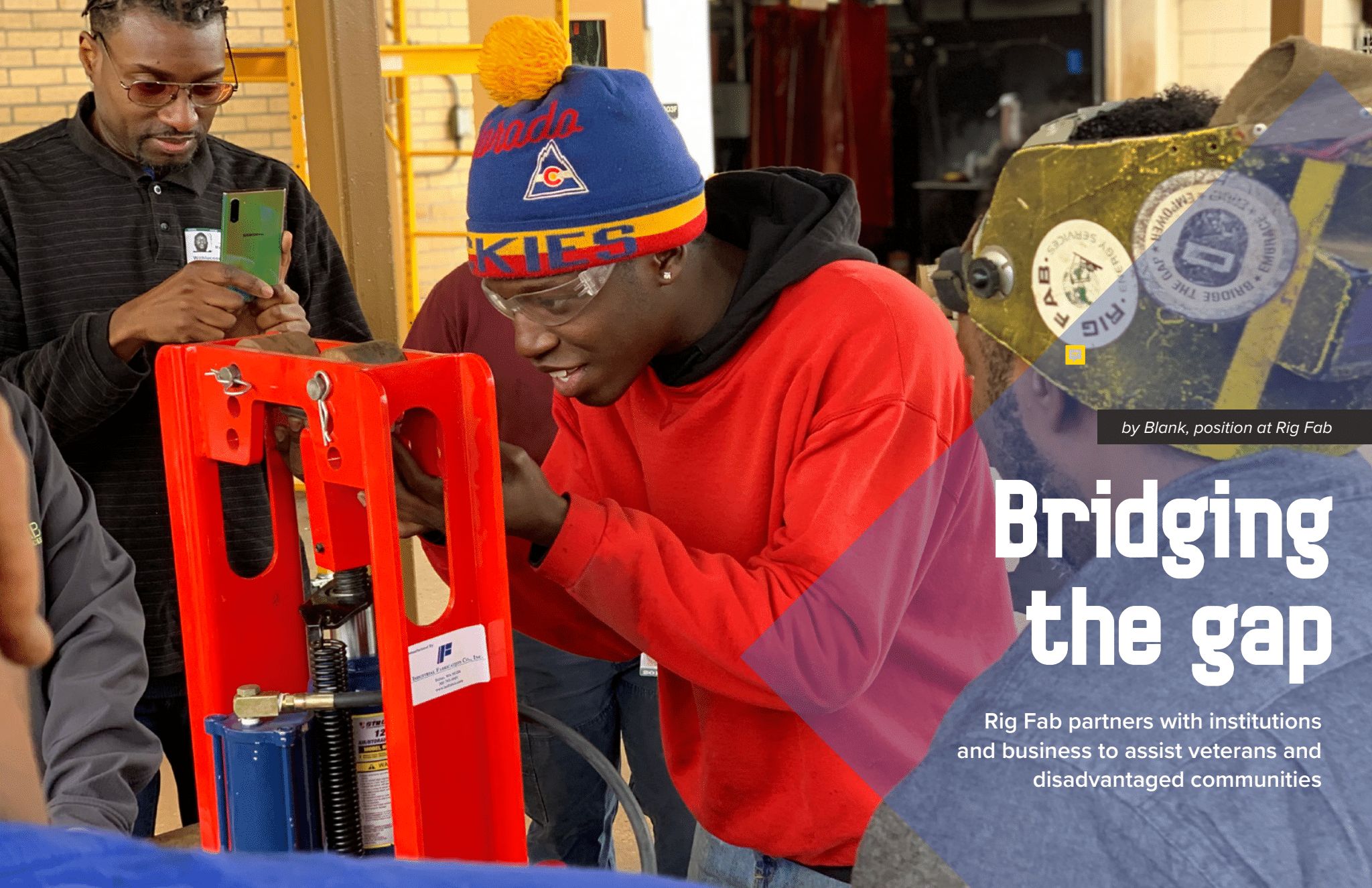 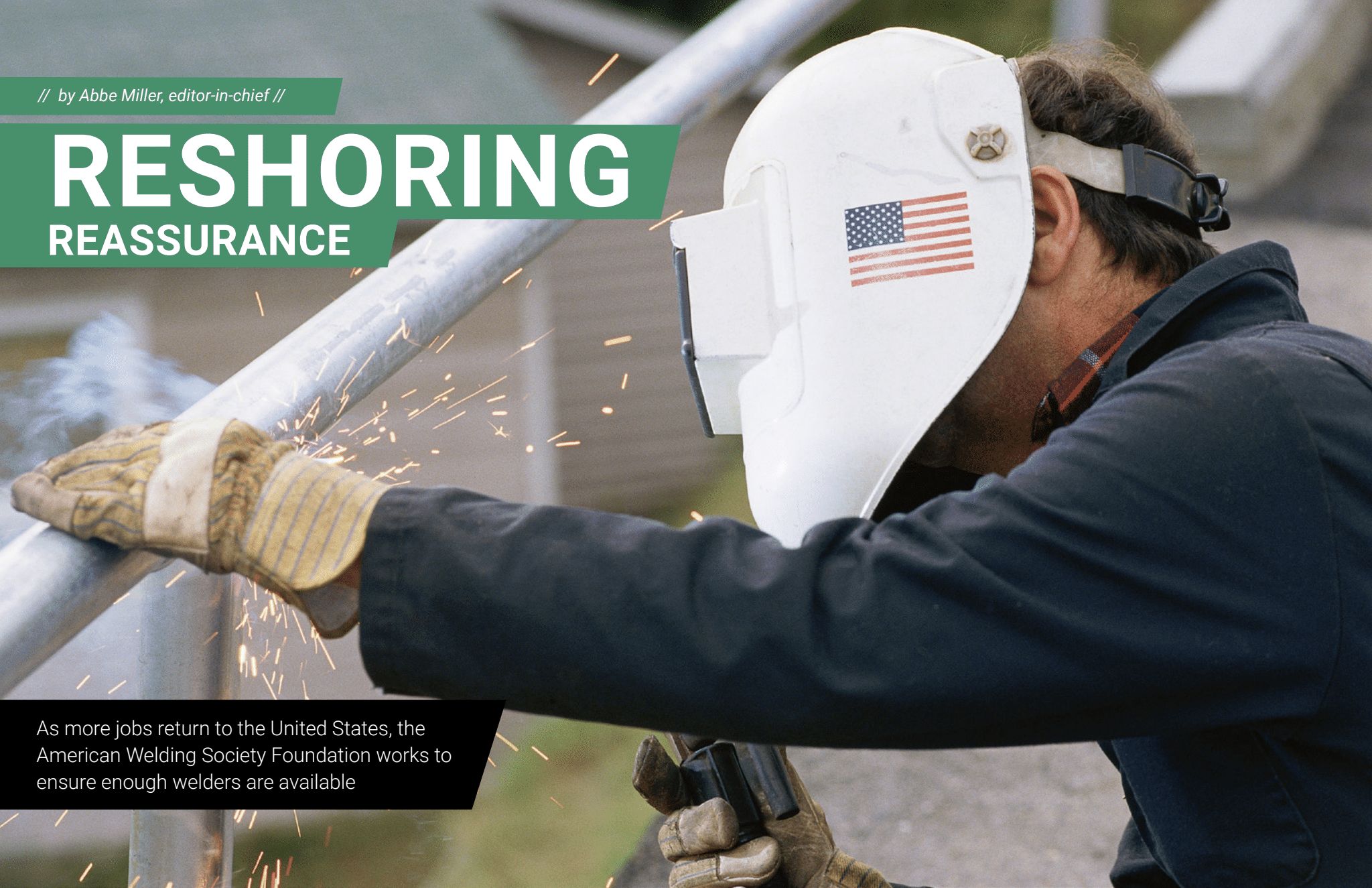 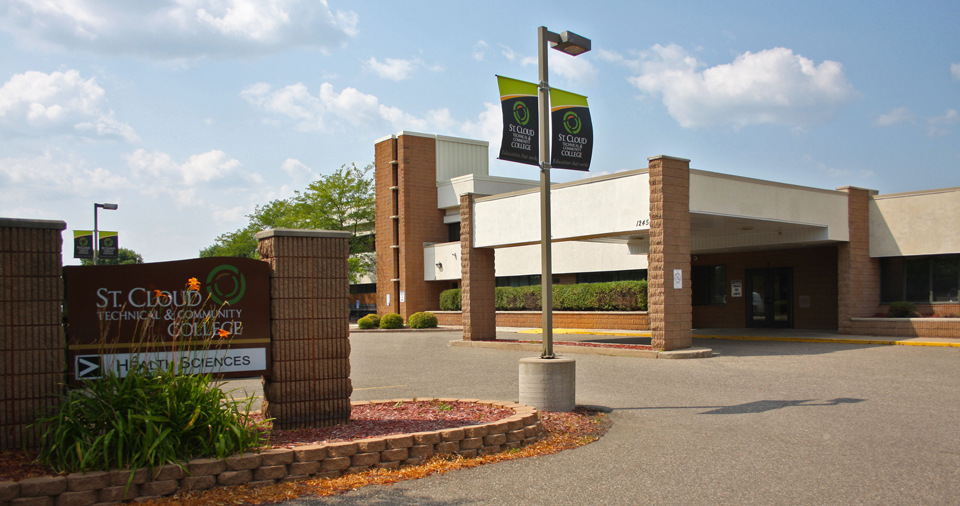 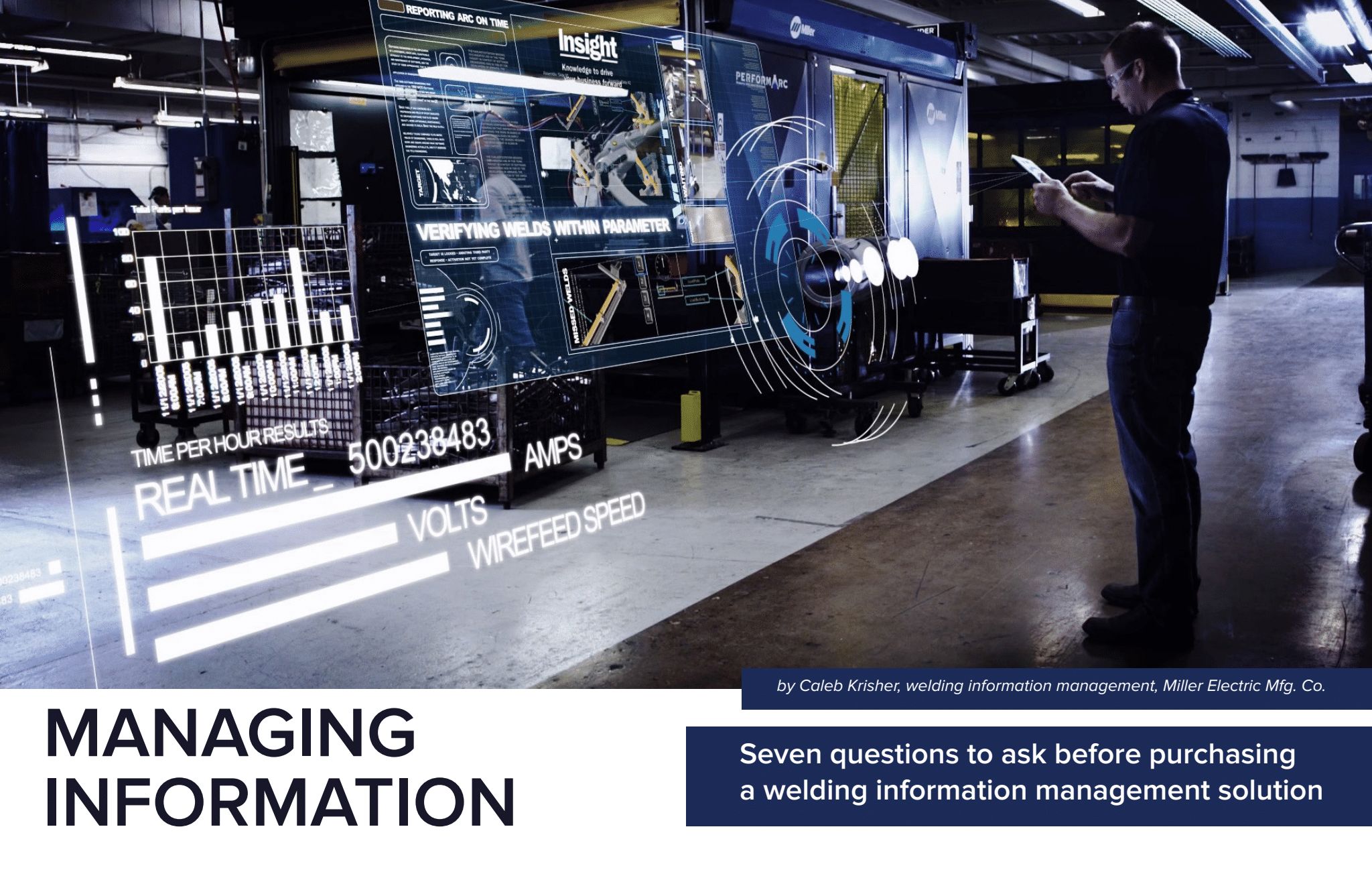 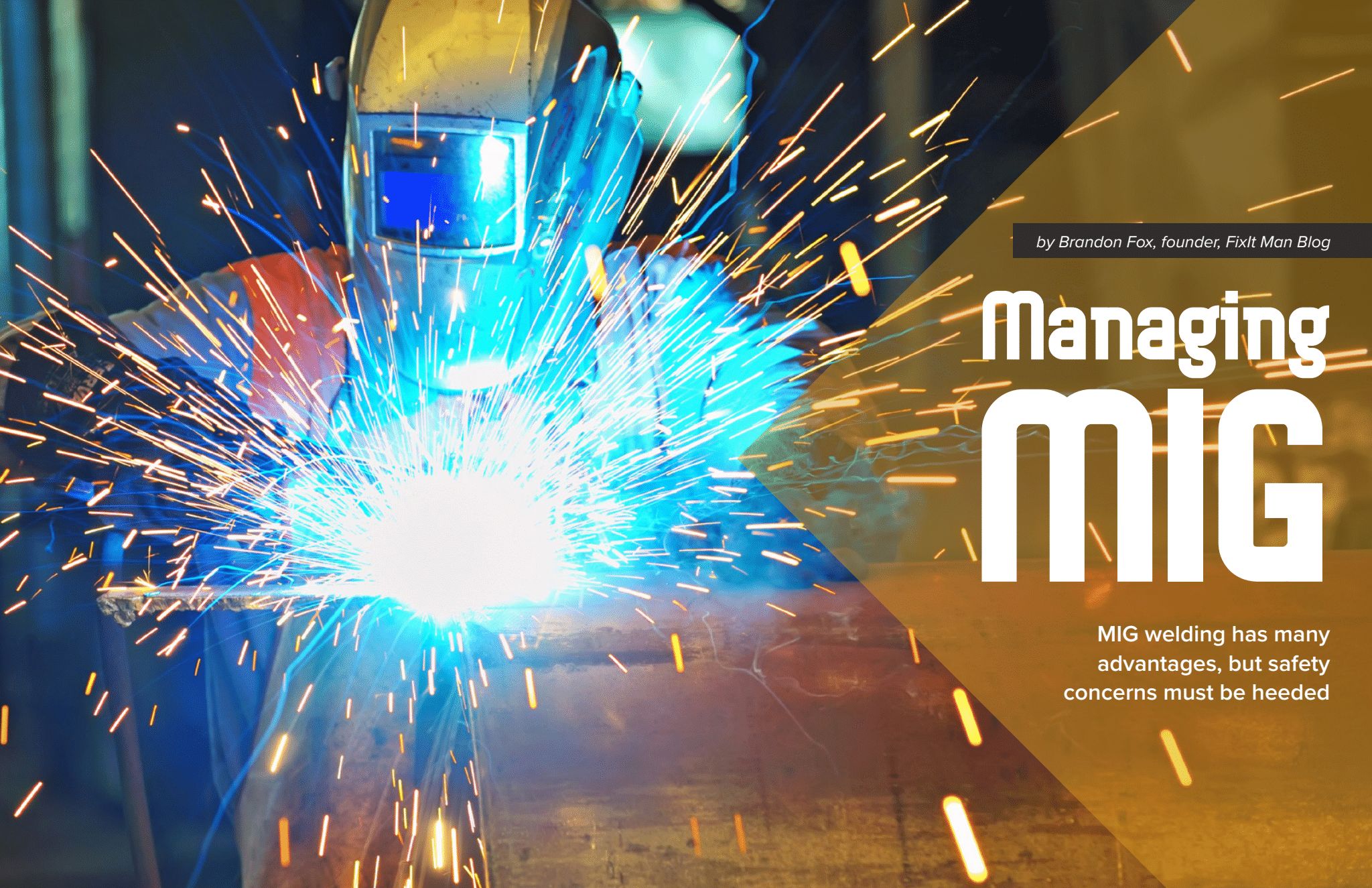 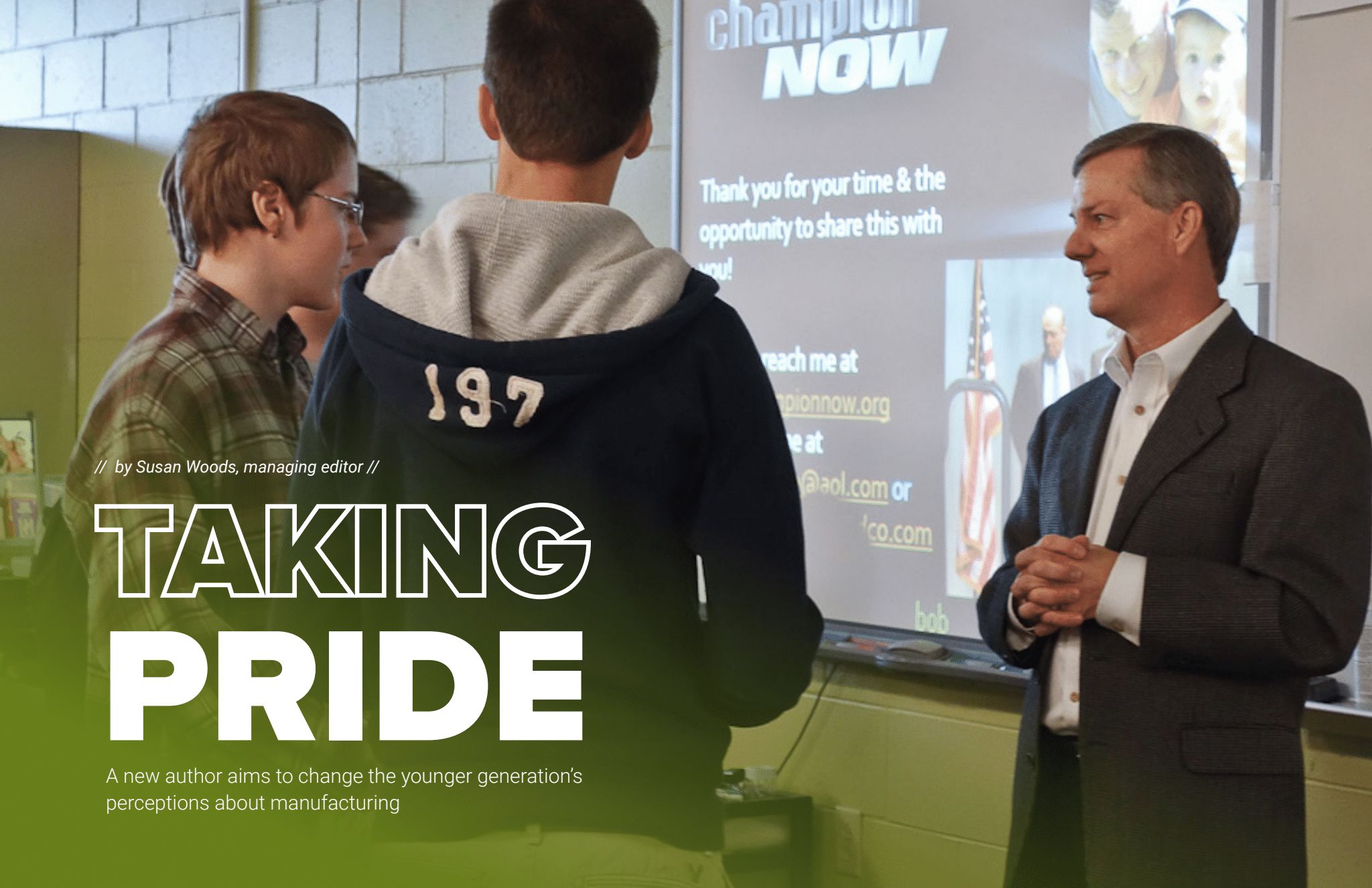 Dark, dingy, dangerous and dead-end are all words to describe what some people visualize when…